Features and interviews from the world of boxing 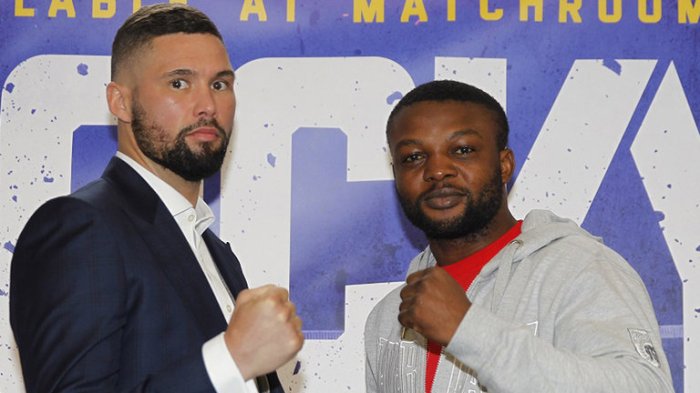 The 33 year old from Liverpool will make his third attempt to win a world title when he takes on Ilunga Makabu (19-1, 18 KOs) for the vacant WBC cruiserweight world title, at Goodison Park on Sunday evening.

Following his recent adventure in Hollywood, where he starred as “Pretty,” Ricky Conlan, in Creed the latest installment in the Rocky franchise, Bellew will be hoping he can turn fantasy into reality.

The opportunity came about as a result of WBC Cruiserweight champion Grigory Drozd being declared a ‘champion in recess,’ when injury forced him to pull out of a mandatory defence against Makabu for the second time. A fight was then put together involving Bellew and Makabu, with the winner having to face Drozd down the road.

For Bellew, a former British and Commonwealth light-heavyweight champion, European Cruiserweight champion and two time world title challenger it was an opportunity to set his record straight and get his hands on a convented emerald belt.

Bellew’s previous world title challenges came in the light heavyweight division. He lost a majority decision to Nathan Cleverley in 2011 (later avenged) and suffered a bruising sixth round stoppage at the hands of Adonis Stevenson in 2013.

Since then Bellew has won six on the bounce and moved up to the cruiserweight division. However he faces a formidable opponent in theSouth African based, Congolese born Makabu.

Despite being annihilated in thirty seconds in his professional debut, Makabu won his next nineteen fights, and developed a reputation as a dangerous puncher.

Eighteen of his wins have come inside the distance. Along the way he has beaten the former IBF light heavyweight champion, Glen Johnson, albeit a much faded version of the once great ‘road warrior,’ and the world rated, Dmytro Kucher, who coincidentally was the one opponent who managed to take him twelve rounds.

Makabu earned his world title shot against Thabiso Mchunu, when he rallied late in the fight to stop his opponent in the eleventh round. That was in May 2015 and Makabu has been inactive since as a result of his proposed fight with Drozd being postponed twice.

In contrast, Bellew has fought three times in that period.

A criticism of Makabu is that he fights square and can be caught down the middle. There is also a view that he doesn’t deal well with pressure. That said, he is no push over. Makabu is a southpaw who can punch and with Bellew having visited the canvas on at least four occasions in his career he should be mindful of his opponents power.

Although some consider Makabu the slight favourite, Bellew can certainly win this one. He carries height and reach advantages into the fight, but a win will require him to concentrate, maintain his composure, avoid any defensive mistakes and execute his plan to perfection.

Although Makabu has built his reputation as a puncher against largely unknown opposition the danger is that Bellew could underestimate his ability. The Congolese fighter is an unknown quantity, but he didn’t get to this point through sheer luck. He remains a dangerous opponent.

Bellew should aim to box at distance, utilise his overhand right and uppercut and do his utmost to avoid Malibu’s lethal left hand. A safety first performance should be encouraged.

All things considered, it would be the icing on the cake for Bellew, a life long Everton fan, if he could lift the world title belt aloft his head in front of a partisan crowd at Goodison on Sunday. It almost sounds like the end of a Hollywood blockbuster.

Also featured on the bill is Heavyweight David Price (19-3 16 KOs) who will be looking to put the disappointment of his loss to Erkan Teper for the European title, and the subsequent revelations about Teper’s failed drugs test behind him when he takes on Vaclav Pejsar (9-2, 8 KOs).